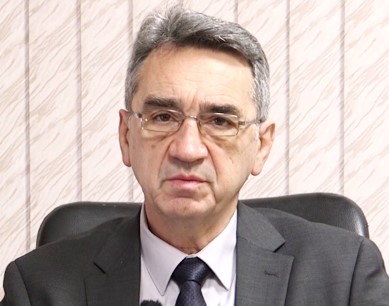 Founder and Director of the Institute for Security and International Studies (ISIS), Sofia, 1994, which is member of the family of the institutes for international relations, foreign and security policy of the EU member states under the umbrella of the EU ISS. ISIS is co-founder and member of the NATO/PfP Consortium of the Defense Academies and Security Studies Institutes in Zurich, 1998. ISIS is member of the Network of institutes at the EU Non-Proliferation and Disarmament Consortium since 2017 www.nonproliferation.eu . ISIS is contributing to the CIAO, Columbia University, New York since 2019 www.ciaonet.org.

Co-Chairman of the Study Group on Regional Stability in South East Europe (2002-2011) and of the Euro-Atlantic Study Group (1999- 2003) of the NATO/PfP Consortium of the Defense Academies and Security Studies Institutes.

An IREX Researcher on nuclear and space security issues and negotiations at Columbia University, New York, Johns Hopkins University, SAIS, Washington, D. C. and Harvard University, Law School in 1988-89; a NATO Individual Fellow in 1995-97 on the topic of the changing Bulgarian civil-military relations; USIA fellow at the Michigan University in Ann Arbor on ‘The Making of the US Foreign Policy’ in 1997. Ford Foundation/WEU Institute for Security Studies Fellow at the Istituto Affari Internazionali in Rome, 1992, and Foreign Researcher at The Netherlands Institute for International Relations ‘Clingendael’ in 1993.

National Defence College in Stockholm Seminar participant on Nordic Security Issues in September 2000, on European Security Policy in 2010, and Senior Executive Course Student at the George C. Marshall European Center for Security Studies, Garmisch- Partenkirchen in September 2001. Consultant to the Delegation of the European Commission in Sofia on foreign and regional policy of Bulgaria (1997-2001); Lecturer at Harvard University Law School, Cambridge in February 1989, Århus University, Denmark in October 1992, ELIAMEP, Halki, Greece in September 1994 and September 2005, Sandhurst Academy, UK in March 2001, NATO Defence College, Rome in May 2002, at the Henry L. Stimpson Center, Washington, D. C. in May 2003, at the Diplomatic Academy, Vienna in July 2004, at the Institute for European Policy, Berlin/Andrassy University, Budapest in September 2005, at the George Bush School of Government and Public Policy of Texas A&M University, College Station, TX, USA in March 2006 and at the International Master Program on Peace, Conflict and Development Studies at Universitat Jaume I, Castellón – Spain (2013).

Editor in Chief of the Monthly electronic periodical ‘Balkan Regional Profile’ and of the Quarterly electronic periodical ‘Black Sea Basin Regional Profile’ (1999-May 2005) – www.isis-bg.org. Vice Dean of the Law School of Sofia University “St. Kliment Ohridsky” (2006-2011). Member of the Academy of Poitical Science, New York since 2010. Member of the International Institute for Strategic Studies (IISS) www.iiss.org, London since 2013. Member of Vanga Foundation www.fondacia-vanga.com since 2013. Married, one child, one grandchild.